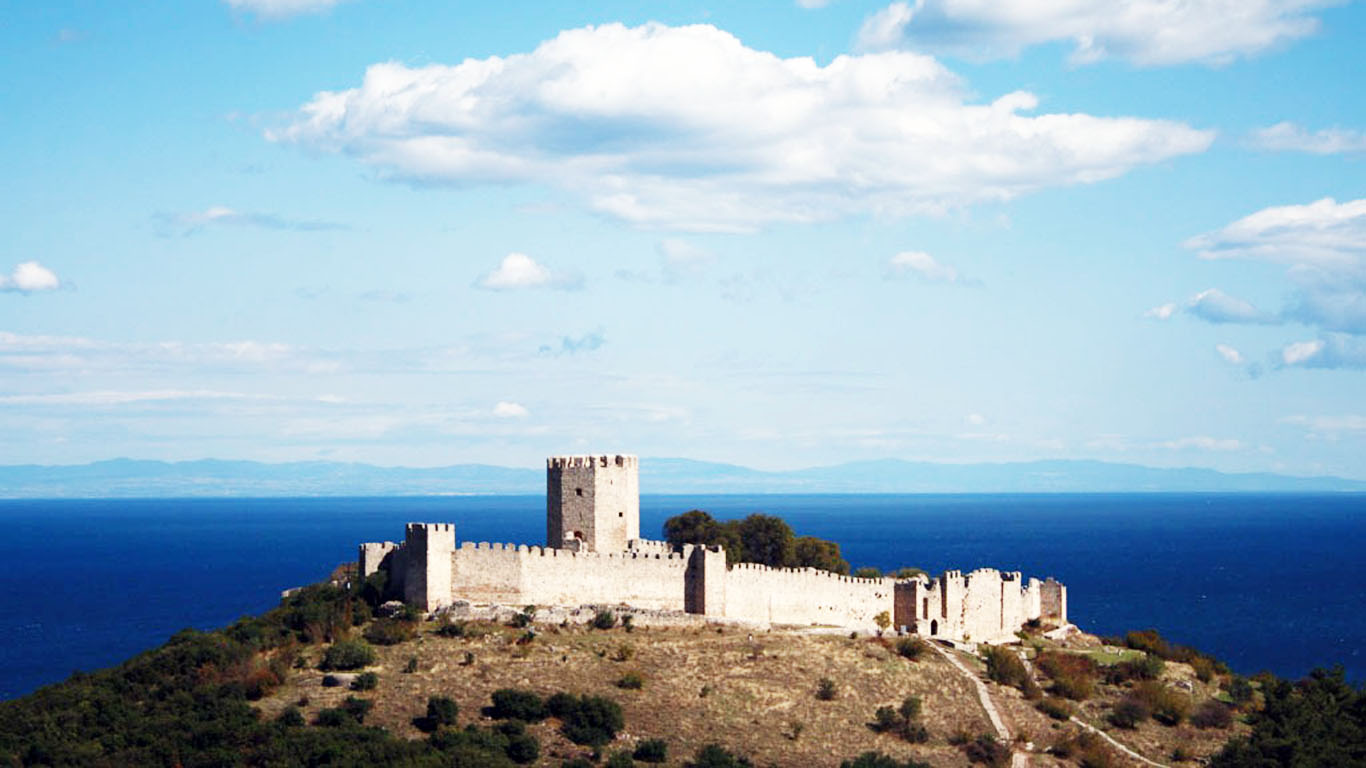 The community of Platamonas belongs to the Municipality of East Olympus in Greece and is located in the southern end of the Pierian prefecture at the foot of mount Olympus. It borders north with the village of Neos Panteleimonas and south with the village of Neoi Poroi. It is 38km away from Katerini and 54 km from Larissa and it numbers 2197 permanent residents.

Platamonas used to be an autonomous community until 1999 when it was incorporated in the Municipality of East Olympus. According to Greek tradition, its name originates either from the platan trees or from the broad sandy beaches, both of which can be found in the areas surrounding the resort.

The ancient name of the community is Heraclion or Heraclia. The later history of Platamon is identified with its famous castle. The castle remains in excellent condition and is used for summer cultural events. Historically the locals are native inhabitants coming from the nearby village of Old Panteleimon (7km north of Platamon). They are mostly in the tourist business since the area is well-known for its award-winning beaches, its fish restaurants and bars. There are luxury hotels, rooms to let and campgrounds. In Platamon there are many shops selling local and folklore artefacts. There are also banks, a Hellenic Postbank, a medical centre, a cultural club, a football pitch and a gymnasium, which is attended by students of nearby settlements. (Panteleimon and Poroi)

It is a seaside resort located in the region of Central Macedonia. The resort is regarded as one of the most important tourist destinations in Pieria with green landscapes, beautiful beaches and crystalline waters. No wonder this resort has turned into a remarkable destination. Platamonas may be a starting point for exploring the prefecture of Pieria, continental Greece and the Greek islands.

During the summer the population of Platamon increases to 120,000 as its is a very popular holiday destination. A large number of visitors come from Eastern Europe but also from Greece as the resort is also very popular for Greek tourists.

There is a large variety of shops and there is a port to anchor small boats. During the summer months Platamon has a very exciting night life which attracts a large number of young people as well as families which find a beautiful and relaxing place to enjoy their holidays in the shadow of mount Olympus. In the top of the hill stands the famous Venetian Castle. The settlement is only 7 km from the traditional village of Old Panteleimon a very popular destination on the mountain with a magnificent view of the sea and the large number of restaurants and guesthouses.

The Platamon Castle is the most important sight of Platamon and of the Pierian Prefecture and a landmark of the entire area. During the Byzantine and Medieval era the history of Platamon was identified with its famous castle. The spotlights at night give a touch of glamour to the castle. It has recently undergone maintenance and restoration. In the summer theatrical performances, concerts and other cultural events take place inside the castle during the Olympus Festival.

The castle was built in the place of ancient Heraklia or Heraklion. It was built by Lombardian Crussaders in 1204 and it served as a spot of observation of the passage between Macedonia and Thessaly. It was occupied by the Byzantines and then by the Turks in the 14th century. The Greeks gained control of the castle for short periods in 1770, in 1825 and 1878. It was bombarded in 1897 by captain Sahtouris which made the Turks leave and in 1941 the castle was used as a fort by New Zealanders who intended to delay the passage of the Nazis to Thessaly.